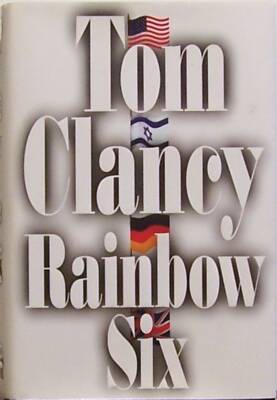 This book is a First Edition printed in 1998 and is in pristine condition. The base of operations for Rainbow is located in Hereford (home to SAS), due to the United Kingdom being one of the most accessible countries in the world and also due to the press constraints that would not be possible to impose in the United States. Most of the characters in Rainbow are American or British, however, the NATO countries of France, Germany, Canada, Italy and Spain, plus Israel have at least one representative each. With the exception of administrative staff, Rainbow is entirely male.