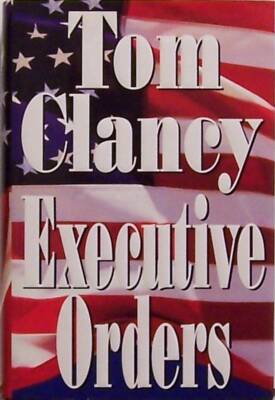 This is a First Edition printed in 1996 in pristine condition. The Dust Jacket is pristine and the book does not appear to have been read. In Executive Orders, Jack Ryan has just become president, following the events of Debt of Honour. He has to deal with an assortment of domestic problems, along with simply being president. And then, America is infected with an airborne form of Ebola by the newly formed United Islamic Republic, an amalgam of Iran and Iraq. While the infection is combated successfully, Ryan has to cope with attempted assassinations directed at himself and his family, and an invasion of Saudi Arabia by the UIR.