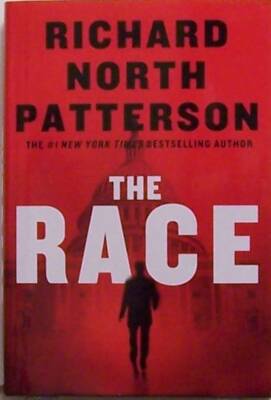 This is a new book and has never been read and the DJ is in pristine condition. An absorbing and suspenseful account of a dirty run for the Republican presidential nomination. Sen. Corey Grace, a Republican from Ohio, became a public hero during the Gulf War after surviving the crash of his jet and enduring months of captivity and torture. Thirteen years later, he’s 43 and one of a national magazine’s 50 sexiest men alive. Corey has a real shot at winning his party’s nomination-if, as his advisers constantly remind him, he can just rein in his impulsiveness, his party-line crossing votes and his habit of telling the truth. When Corey falls for sexy African-American actress Lexie Hart, who comes to Washington to lobby for stem cell research, Corey’s advisers wring their hands. But they soon have more pressing matters to deal with: among the other candidates in the Republican field are evangelist Rev. Bob Christy and Sen. Rob Marotta of Pennsylvania-a man under the de facto control of Machiavellian campaign director Magnus Price, The Darth Vader of American politics. The perfidy and

Be the first to review “Richard North Patterson : The Race” Cancel reply