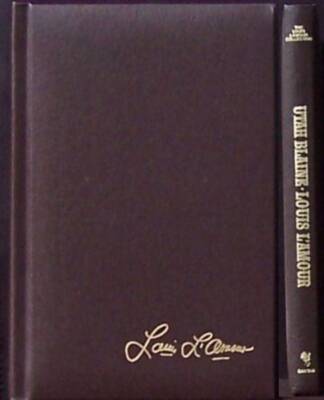 Utah Blaine had escaped from a Mexican prison and was headed north on foot when he came upon a hanging. The man in the noose was a tough old Texas rancher; the executioners were his own men turned against him, and Blaine stepped out of the shadows just in time to save a life. Now Blaine has a proposition: He’ll ride to the rancher’s land, take over as foreman of his outfit, and take on his enemies. Blaine is no stranger to fighting in another man’s war, but soon enough he’ll find a reason of his own: a cause worth dying for, and a woman worth living for.