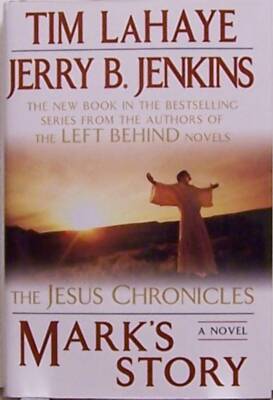 This book is new and was printed in 2007 and it has not been read and is a BCE printing. Mark’s Story opens on the evening of the last day of Jesus as man. The young Mark hears Jesus’ prophecies of the events that are to come, and bears witness to some of the most pivotal events in human history, including Judas Iscariot’s betrayal, Peter’s denial of his Master, and Jesus’ crucifixion and resurrection as the risen Lord.
In the years after, following in the footsteps of his friend and mentor Peter, Mark becomes an ardent follower of Jesus and a devoted disciple of Christianity, spreading the Word beyond Jerusalem and into the world. Mark urges Peter to recount to him the stories of Jesus’ life on Earth-His messages, His miracles, and His everlasting promises to His people-and compiles what becomes canonized as the Gospel of Mark.
Mark chronicles the growth of the early Christian church, the struggles of Jesus’ followers, and the persecution they endured from a hostile world. Mark’s Story is a thrilling account that vividly depicts the last day before Jesus’ crucifixion and the danger that early believers faced as they boldly proclaimed Jesus as Christ the Lord. Their bravery laid the foundation for the early church, and their fervent passion for the Word reverberates throughout the world today.

Be the first to review “Tim Lahaye and Jerry B. Jenkins : Marks Story The Jesus Chronicles” Cancel reply