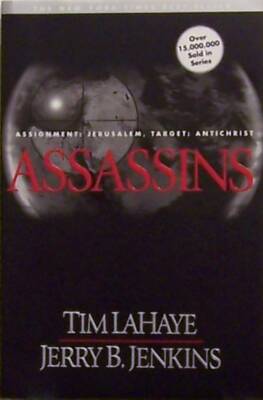 This is a Softback book that is like new and the 6th book in the ?Left Behind? series. The spine has a crease in the middle and appears to have been read at least once. In the continuing struggle after the Rapture, Rayford Steele and Buck Williams plan to dethrone Nicolae Carpathia and expose him as the Antichrist. LaHaye and Jenkins (Apollyon) build up a plot reminiscent of “Who Shot J.R.?” and leave us hanging after the assassination of Nicolae. Who did it, is he really dead, and when is the next book coming out? As the millennium approaches, so does interest in this series, so don’t be “left behind.”

Be the first to review “Tim Lahaye and Jerry B. Jenkins : Assassins” Cancel reply