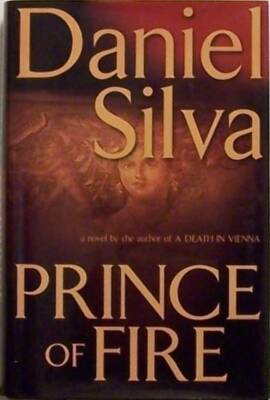 This is a First Edition printed in 2005 and is in pristine condition. The bombing of a Jewish community center in Buenos Aires, the bombing of an Istanbul synagogue, and the suicide bombing of the Israeli embassy in Rome are the work of one mastermind, a terrorist trained by Yassar Arafat. After the bombing in Rome, the Israelis were able to trace one of the perpetrators to his home and there they found the dossier of Gabriel Allon, currently working as an art restorer in Rome. Gabriel used to work for a covert organization known as the Office but when his son died and his wife was physically and mentally damaged he quit the organization although he does freelance work for them at times. With his cover blown, Gabriel is forced to return to Israel and the Office where he tracks the mastermind responsible for the murders of hundreds of Jews; he intends to spill as much blood as he can in an act of revenge. When it is discovered that the terrorist intends to blow up the French subway station, Gabriel moves to stop him but that is before he learns that they kidnapped has wife and made him look to the world like a man who was responsible for the bombings.

Be the first to review “Daniel Silva : Prince of Fire” Cancel reply